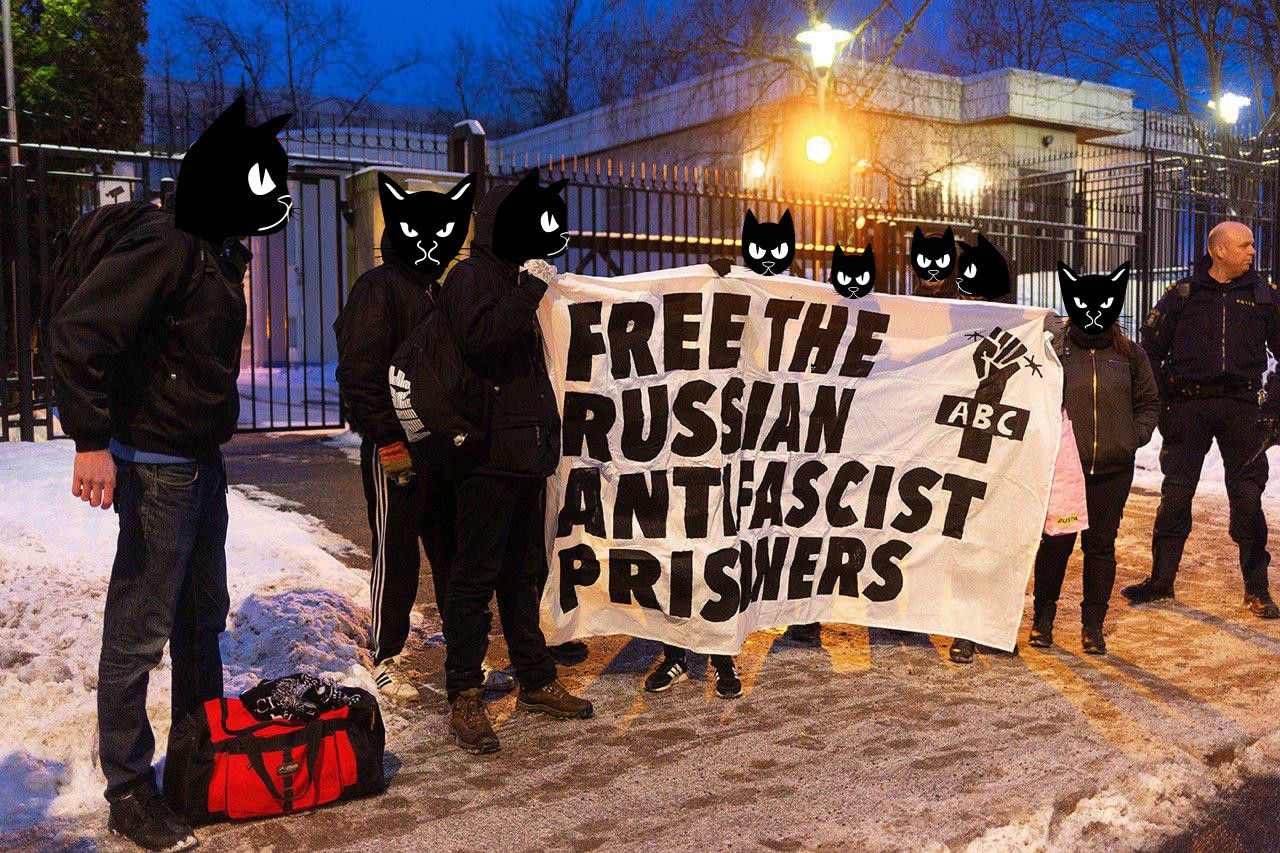 On Sunday, January 27th, 2019, an info event was held att Kafé 44:an in Stockholm about 10 detained and 1 imprisoned comrade in S:t Petersburg and the city of Penza south-east of Moscow. Afterward a solidarity manifestation was held outside the russian embassy in Stockholm. The manifestation was directed mainly toward the ten now detained,